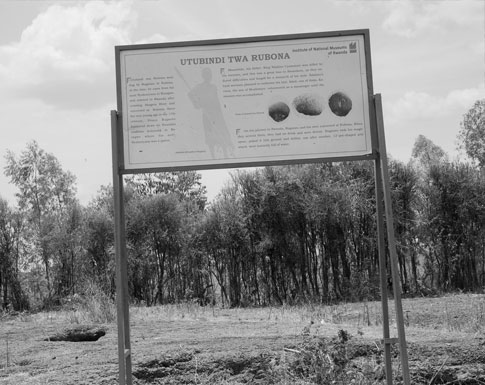 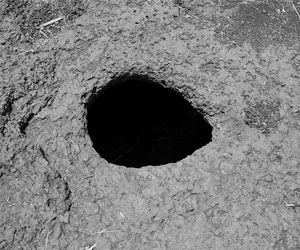 By the end of the 16th century, an expansion conflict erupted between Rwanda and Bunyabungo during which the monarch Ndahiro II Cyamatare fought to the bitter end. After his death, the country endured difficulties under Banyabungo’s rule and longed for a monarch of his style. At that time, the Prince Ruganzu – Ndahiro’s son – was at Karagwe in Tanzania where he hunkered down since his very young age (in Rwandan tradition kubunda).
With the support of his father’s loyal servants including Kavuna – the son of Mushimiye – Ruganzu decided to counterattack and stopped the Banyabungo’s domination despite his young age. Under his reign onwards, the country became again prosperous after 11 years of pain.
On his journey to Rwanda, Ruganzu and his men sojourned at Rubona in Buganza region. When they arrived there, they had no drink and were thirsty. Therefore, Ruganzu took his magic spear, poked it into the ground and drilled, one after another, 12 pot-shaped pits which were instantly full of water. Today these structures are one of the shrines to the dead Ruganzu and remind Rwandans that in the past they have been heroes who liked the country and always saved it from turmoil.