Traditional clothing was made from three basic materials: hide, usually from cows, goats, and game animals; pounded ficus fibers; and woven vegetal fibers. Cotton garments were probably unknown before the 18th century; and their usage did not become widespread until after 1900.
Hide garments in general, and particularly the very short loincloth ishabure, were the most sophisticated items of clothing of ancient Rwanda. For their softness and good smell, they were buttered and perfumed with the smoke of scented wood.
The usage of pounded ficus bark clothing was relatively widespread, especially in the south of the country.
The third category of cloths, woven with vegetable fibers, were produced from fibrous vegetal materials that were able to withstand being twisted, bent, rolled into cords, and knotted. These were fibers of ficus bark, Sansevieria sp. umugwegwe, banana stalks, the grass intaratare, and umuse bark. For some garments, the manner of wearing them and their quality varied according to region and social class. 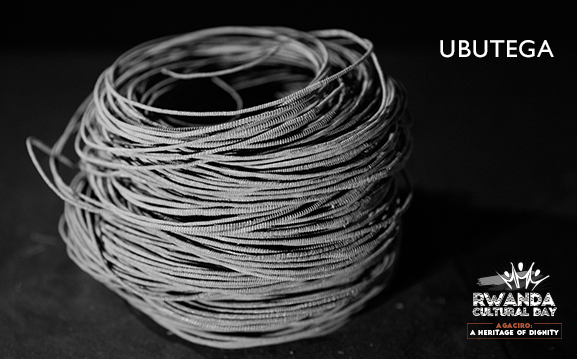