Traditional Education – All the young children were generally educated in family by their mothers, boys and girls receiving the same knowledge such as tales, etc. As they grew up however, their education differed at a certain age. Girls were initiated to womanhood (housework); while boys learned to be brave, patient and able to sacrifice for his country (manhood).
Up to 16 years, a girl followed the advice of her mother. She taught her prohibitions and superstitions. She learned to clean the house imitating her elders. From the age of 12 up to around 17, her education was ensured within group and by her friends, mu rubohero. They advised her about sexual issues and the behavior vis-à-vis her future husband.
A boy was prepared to defend the family and national interests, and his formal training was done through Itorero. Boys who would join that school were generally selected from the age of 12 up to 17. During their apprenticeship, they were taught many elements of culture and national politics including different kinds of dances, particularly dances and performances suggesting combat with spears, shields, or bows; practiced exercises of shooting and games of skill; learned to formulate warrior challenges, composed poems, in particular warrior elegies, and learned the art of speaking well. In their daily lives, there was a big difference from an intore and someone who did not attend itorero. Click here for more information on itorero. 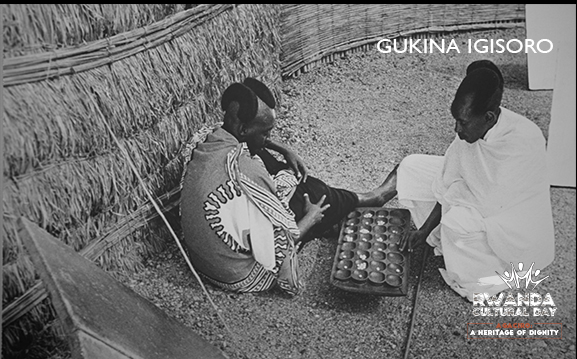